OEE is a widely used standard and best practice for improving productivity in manufacturing, accounting for three primary factors: availability, performance, and quality. Since a machine’s condition has a major impact on these factors, most plant owners invest a considerable amount of finances and human resources into maximizing machine uptimes. Monitoring and measuring basic parameters in and around valuable equipment can prolong the equipment’s lifetime while reducing maintenance costs and allowing for strategic downtime scheduling.

However, having to manually check the status of each machine in a production line is a time-consuming task that requires extra person-hours. Additionally, many machines are installed in locations where wired data communication and AC power are inaccessible or impractical. The Wzzard LRPv low-power wireless solution is designed specifically to overcome these problems by extending the network edge 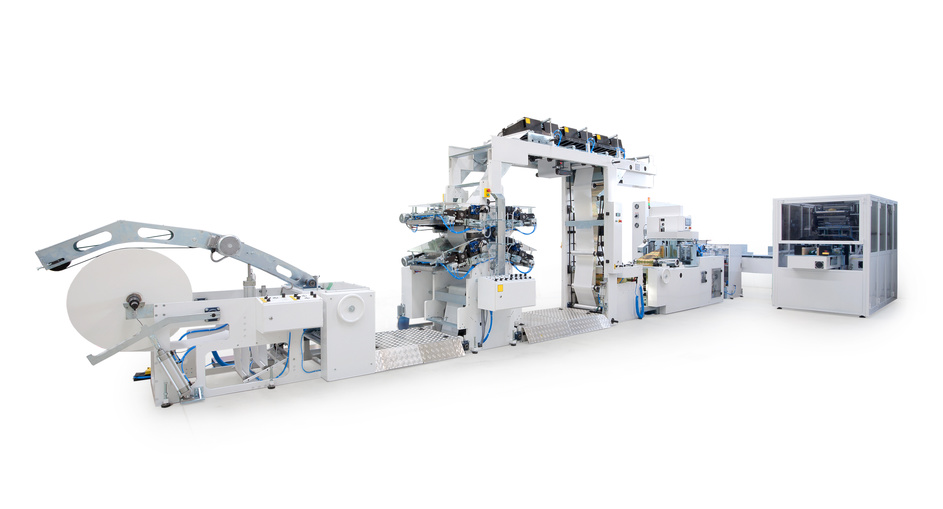 There are many instances where preventative measures can benefit manufacturing operations. For example, monitoring condensate conductivity on a boiler can indicate whether a cooling water leak has occurred long before hydrogen embrittlement of the boiler's furnace tubes causes furnace failure; installing a current sensor on a power lead can reveal when a machine is beginning to draw more power, indicating an emergent problem; and measuring the temperature of a pump can inform operators of when to shut it down to avoid heat damage.
By tracking sensor data over a network, manufacturers can receive an early warning of any potential losses and take immediate action to prevent unforeseen production shutdowns. Such tracking systems have already been implemented by many manufacturers, but these can be made even more effective by incorporating smart IoT technologies to realize remote control and cloud management.
Advantech’s Wzzard LRPv Node and SmartSwarm 243 Gateway can be used to establish low-power wireless sensor networks with LoRa technology, and this can enable the reporting of data to your computer or cloud application via a central network gateway. The most useful gateways can utilize both wired and wireless data connections, meaning that that you can position them in most locations.

Wzzard LRPv nodes are placed in the remote areas and connected to sensors such as those for monitoring vibrations, wireless tower lights, current, and temperature. The nodes transmit sensor data via LoRa, a wireless telecommunication specification, to a SmartSwarm 243 Gateway in the control center.

When the SmartSwarm 243 Gateway receives data sent from the Wzzard LRPv Nodes, it passes data to the PC for application server and SCADA management.

Since a single control center might be responsible for monitoring multiple sites, a switch can facilitate collecting and organizing data from many SmartSwarm 243 Gateways prior to passing the data to a PC.

With sufficient sensor data, the system can alert staff both in and out of the office, activate redundancy plans, and determine why production goals are missed in the event of a failure.

Establishing a machine monitoring system to help users control, monitor, evaluate, and make decisions requires some knowledge key product features so that the most suitable products can be selected to maximize their benefits.

LoRa is a proprietary chirp spread spectrum radio modulation technique for use in a low-power wide-area network (LPWAN). It is a WAN specification designed to enable long-range, low-bit-rate communication among “things” (i.e., connected objects) such as battery-powered sensors, and it uses license-free sub-GHz radio-frequency bands such as 196, 433, and 868 Mhz in Europe and 915 MHz in North America. An LPWAN may be used to create a private wireless sensor network or a third-party service or infrastructure.

The Wzzard LRPv Node and SmartSwarm 243 Gateway support wireless long-range network communication without the need to pay telecommunication fees, thus reducing network operating costs considerably. This is particularly pertinent for reducing the cost of flood monitoring because most water bodies are large and do not have control centers located near them. Furthermore, traditional wireless solutions (e.g., access points) have a limited data transmission range and thus force users to adopt an intensive approach to node deployment. Even though cellular routers are unaffected by such problems, they require paying telecommunication fees.

Advantech’s Wzzard LRPv Node can connect up to four sensors simultaneously and is ideal for production lines that have many sensors or for applications where there is limited space for additional devices. The software is specifically designed to be customizable so as to accommodate the most sophisticated of monitoring plans.

Because the Wzzard LRPv Node offers high flexibility in both hardware and software aspects, it frees users from having to deploy an infrastructure-heavy wireless network, meaning that resources can be allocated to other more critical investments.

The Wzzard LRPv Node has two power-saving modes: sleep mode (for when a node is not in use) and operation mode (for scheduled data transmissions). For instance, if a node were scheduled to report sensor data twice per hour, then sleep mode would automatically activate when the node is not in use, and operation mode would wake the node when the data must be transmitted, thus achieving the goal of energy efficiency. An alarm system is installed to notify users when a value has exceeded a given threshold. For example, when a flood or storm is approaching, it brings in a tremendous amount of water; in this case, the alarm system will notify users when water levels have exceeded a certain level so that disaster prevention measures can be implemented.

Thus, the smart design of the power-saving modes and alarm system reduces costs by saving power while promoting safety by notifying users when emergent action should be taken.

Advantech Wzzard LRPv Solution is a highly integrated LoRa sensing platform from I/O sensor data to Network Protocol. The Wzzard LRPv Node and SmartSwarm 243 Gateway can be used to form a private sensor network. The most useful aspect of Wzzard LRPv network gateways is that they can connect to your application server or SCADA for data access using the MQTT protocol via either an Ethernet or wireless data network.
The described features make it possible to place sensors and Internet gateways in locations that have no access to AC power or wired Ethernet. The 3AI/1DI design for multiple sensor applications as well as the customizable software for complex monitoring planning has simplified the process of deploying wireless networks, and the high flexibility of the dual power-saving modes and alarm system can minimize costs by conserving power saving and preventing machine downtime.
Simple IoT technologies such as LoRa networks and cellular network gateways can pay immediate dividends by cutting your maintenance costs and increasing overall productivity. 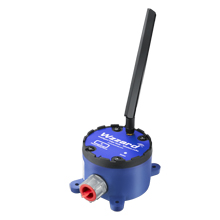